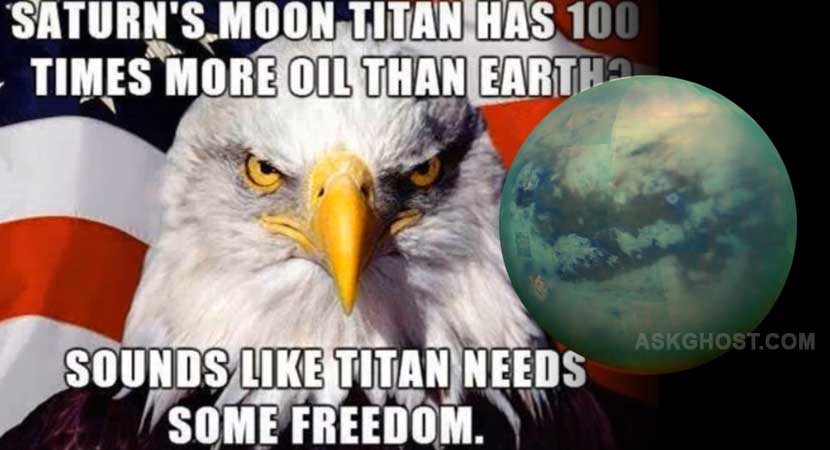 Saturn’s moon Titan have massive hydrocarbon reserves and it seems like, United States with the little help from NASA is getting ready to bring democracy to the poor moon, where citizens of Titan need freedom ‘Sarcasm Intended’.

According to SecureTram10, Titan has oil reserves 100 times that of earth not only that, this wonderful looking moon is only earth like body to have a dense thick atmosphere and methane-rich lakes and oceans on the surface, although in earth’s case we’ve massive water lakes and oceans.

FACTS: If you’re not aware Titan is the largest moon of Saturn, the second largest in the Solar System (after Ganymede of Jupiter) and coolest thing we humans have already landed a probe on Titan’s surface.