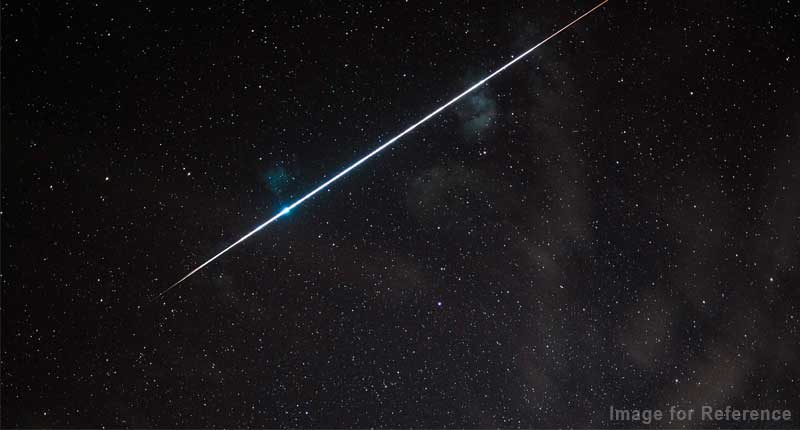 Seriously this is not April Fool – 72,000 KPH Meteor Shocks SPAIN. Meteorite was visible from 500 kilometre away, as it started glowing up in the skies of Spain.

Spaniards trying to make most out of free time as they don’t have much to do because of Lockdowns in Spain caused by Covid19 pandemic, many onlooker were left surprised as when they looked at the sky.

The Meteorite flew fast towards the northwest direction and vanished in thin air, when it was at an altitude of 43 kilometres over the city of Oropesa, after traveling 64 kilometres in the atmosphere.

Space visitor’s flyby was captured by several astronomical observatories under a project coordinated by the Andalusian Astrophysics Institute and integrated in the Southwest European Bolides and Meteors Network, which monitor the sky to record and study the impact on the Earth’s atmosphere of space rocks from visiting from different space bodies of the Solar System .