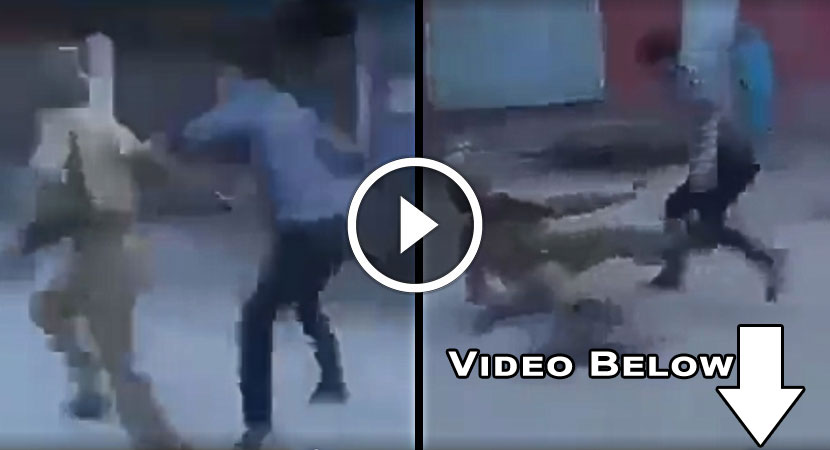 Video of Bloodthirsty Muslim Mob attacking the Kashmir policeman is hard to watch, even though Policeman was holding an Automatic Gun, he didn’t fire a single bullet even after getting attacked with Big stones and beaten Brutally by people who appears to be in their late teens.

Where is AFSPA in Kashmir??? Rajnath Ji, what is more important, minority appeasement OR Morale of forces? A CRPF jawan was beaten up in Kashmir badly.

Posted by The Illogical Indian on Saturday, 9 April 2016

Recently Non-native Hindu student’s were attacked by Kashmir Police-force for the unknown reason, and that news is also getting highlighted in national news media in India.