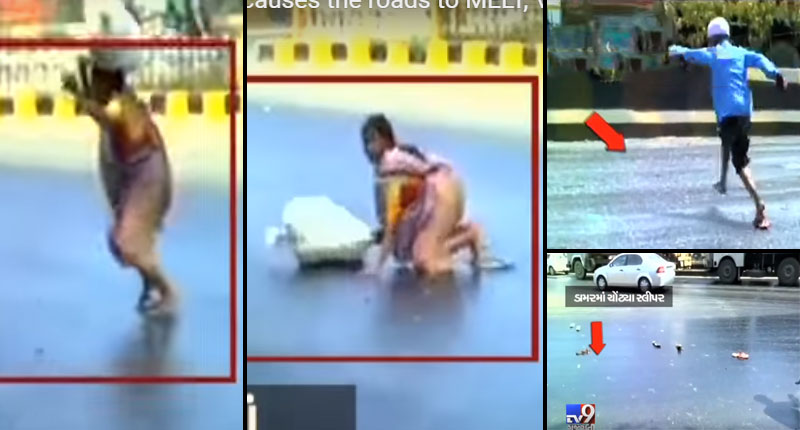 It seems things are getting little crazy in the Southern Asian Country, it’s so hot that roads are melting India which can be seen in this video.

The Majority of people who were wearing Flip Flops were faced with horror when they tried to cross the roads and their Flip Flops got glued to the hot melted asphalt.

According to weather scientists, this exceptional event is happening due to El Niño. But it’s getting weak for the first time since April 2015 and La Niña will soon be in the dominant position, which is expected to bring intense rainfall.

POST YOUR VIEWS IN COMMENTS SECTION BELOW AND START THE DISCUSSION.