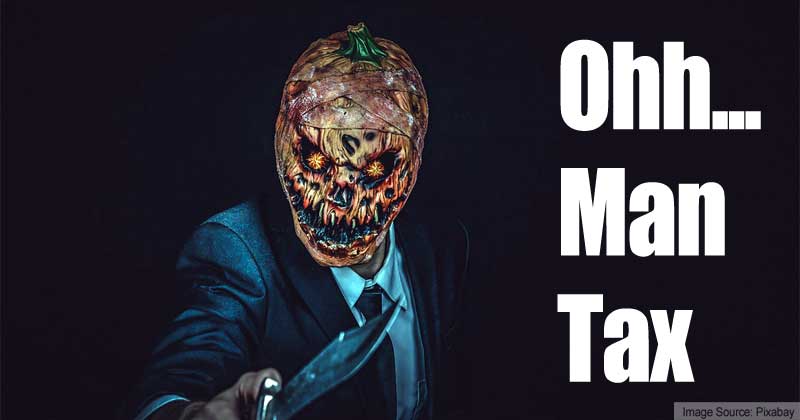 Shocking case of modern day sexism where Man will be charged optional ‘Man Tax’ to enjoy the Feminazi Vegan Cafe services. I being a ghost is sipping hot Chai aka Tea with one hand and writing with other while giggling at the same freakin time, because if this Man Tax is reversed and Women will be charged ‘Women Tax’ there will be freaking riots all across the planet called earth inhabited by poor humans. Who are failing badly to see that their Politicians/ Leader’s hungry for votes are dividing people further according to Genders after dividing them into Classes, just to ensure the vote’s to crawl onto Iron Thrones.

Things were not improving quickly and walla we’ve got another problem. Now if you’re a Man you will be charged Sexist 18% Man Tax, if you wants to enjoy the services of this Vegan Cafe in Melbourne. Though this Tax which seems to have been picked straight out of the book’s of NWO aka New world order, Is indeed optional, but still most men choose to pay it according to reports.

Australia’s Handsome Her Vegan Cafe, also gives women priority seating. The cage’s owner Alex O’Brien, says her business is ‘for women, by women’ but that men are very welcome, adding that the ‘man tax’ is optional and is only in place for one week a month.

See I am ghost, so I am not going to take sides and I accept I exaggerated a bit. So… It is true women have to suffer in the world dominated by men and Gender Pay Gap for Women almost tops the list. The good thing is not just women but most men now support that gender pay gap madness needs to stop asap.

Would LOVE everyones thoughts on this. My friends cafe in #Brunswick, Handsome Her – is for women by women AND an has a 18% gender tax! pic.twitter.com/tVSX3PO4q8

Now if you feel like oppressed by the concept of ‘man tax’, take a chill pill as this 18 percent tax, will go straight to women’s charities, to highlight the gender pay gap.

But the reaction on social media has been mixed, with some praising while others are outraged.

One Twitter user said: “This makes me sick. What the hell is wrong with these stupid women. Rules for men to enter?”

While Jack Saba tweeted: “Your “cafe” is sexist.”

Feel Free To Post Your Reaction In Comments Section Below