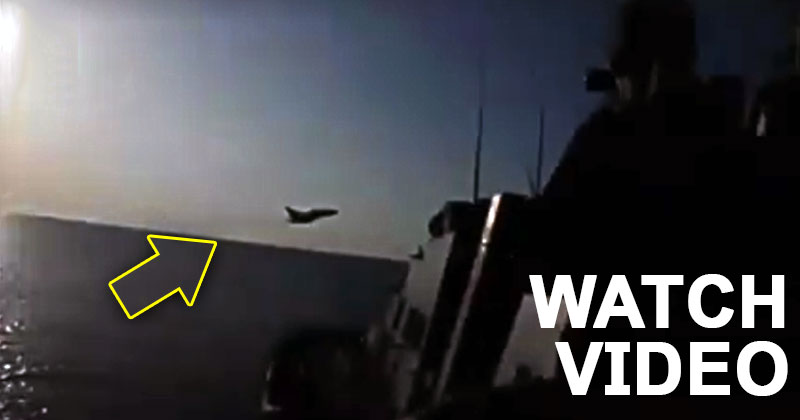 In a most aggressive move labeled by US, as two Russian jets flew 30ft of a US destroyer in closest and the riskiest move in known history.

It’s not hidden from anyone that US & Russia are actively & aggressively playing the geopolitical game in last few years. All this started after Russia and China jumped into the arena to kick the United States out of dominant position, especially in African and Middle East region.

We all know how Ex Bro of US, UK & France, Muammar Gaddafi was killed in an attempt to bring democracy into oil-rich African country. Later Syria became a target to destroy the economy of Russia and the market was flooded with Syrian and Libyan oil. Then the United States and EU imposed the trade sanctions on Russia.

Another video showing the different point of view, so that you can decide who is wrong and who is right.

Which ultimately  enraged Putin and the aggressive outcome is in front of everyone.