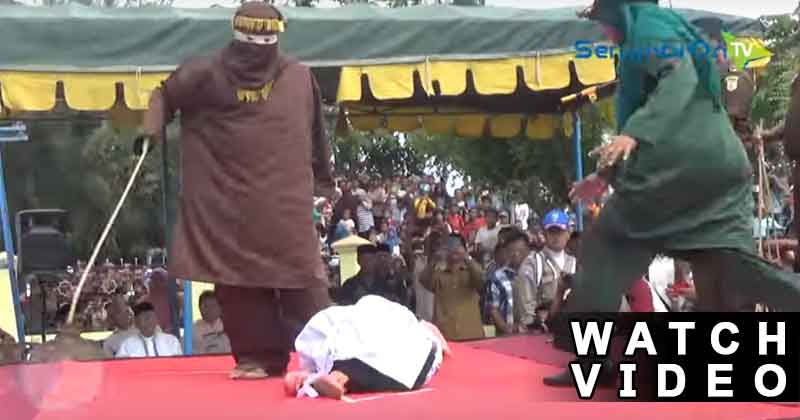 JAKARTA, INDONESIA: People are in shock after a video of an elderly Christian woman being publicly thrashed for selling alcohol in Muslim majority, Southeast Asian Country went viral online. Alcohol is banned under Islamic Sharia Law, in Indonesia.

She was caned 30 times in the presence of hundreds of onlookers, sighting like this is common in the majority of Islamic countries. But what’s really shocking in this first case, the woman was not only old but she was not even a Muslim and this lead to a global outcry.