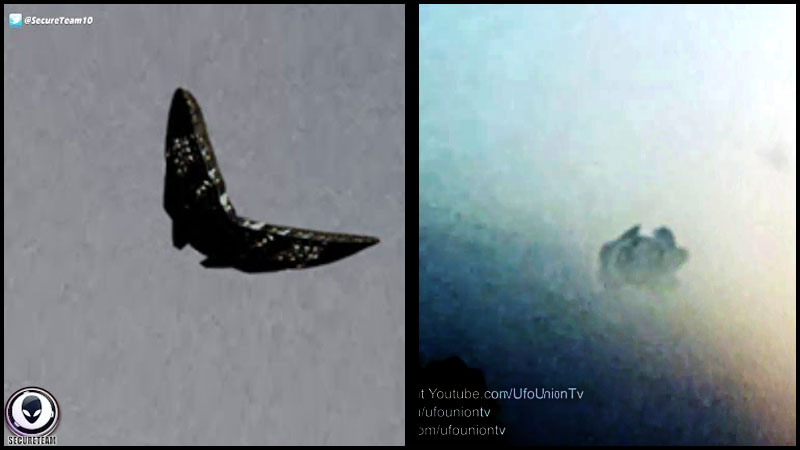 How cool is this, Two different UFOs captured by father and son duos, in totally different parts of our beautiful planet called Earth. Sounds kind-off weird but yes that’s truth.

We all know camera’s are everywhere these days and not so surprisingly in every single pocket. So in this First UFO Video which was uploaded by Youtuber channel UfoUnionTv.

According to UfoUnionTv, video was recorded at sunset by Richard & his Son in Hyde Park, London. Which is very popular destination for Londoners, who usually go here to Walk Jog or do Picnic’s.

This video was captured in Boston, Ohio by another Father & Son duo. According to SecureTeam10 video this UFO was heading toward Southwest Kentucky.

I am wondering if Alien’s have some interest in Learning about the History of KFC, maybe their love for our delicious Earthly Cows is pushing them to try something new, maybe our favourite fried chickens

Surprisingly this video was also recorded at the time of Sunset. Maybe Aliens loves to hangout after sunset or another possibility is…. Little green alien wives must be waiting for the tired alien husbands after long day at jobs on other planets, so they might just be heading home  😉

This Alien ship has white lights on lower side which were clearly visible when ship passed over the head and luckily it was captured by Tomas S and his 17 year old son. Even more weirdly it didn’t made any kind of sound while flying.