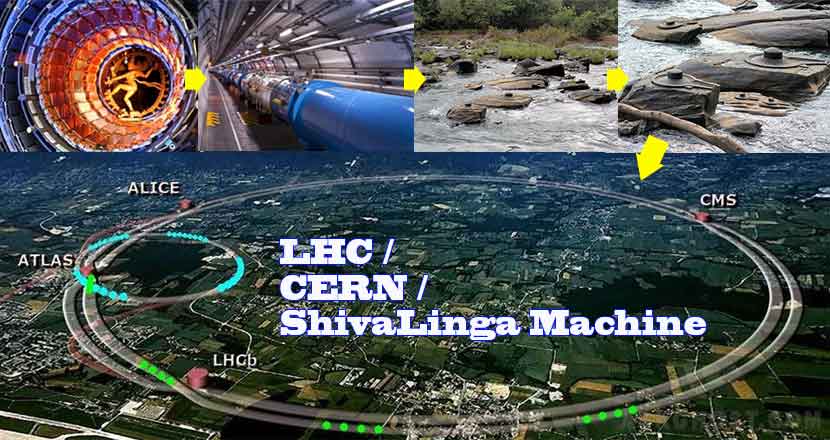 We know scientists are secretly making dark matter & mini black holes using the Mega Machine aka CERN aka LHC. But do you know CERN was inspired by Shiva Linga sculpture.

According to conspiracy theorists, scientists basically used the Shiva Linga as blueprint for CERN and by now you might be wondering what is Shiva Linga and how CERN was inspired by it. Well Shiva Linga belongs to Hinduism and Hindus basically walk in circular path around Shiva Linga, then last thing they do is, they touch it and wish for good things, but scientists of our present times are super clever and have figured out that Shiva Linga might be ancient machine to harness the power of gods, So they knew its, some sort of blue print of mega machine to create and harness the dark energy.

If you will check out the video “How CERN works”, you will be surprised, that particles are released to revolve in 30 miles long tubes, similar to how Hindus walk around and follow the Shiva Linga. But in CERN, when these partials reach at the speed of light, they’re then forced to collide, so that Dark Matter, Dark Energy & Miniature Black holes can be created.