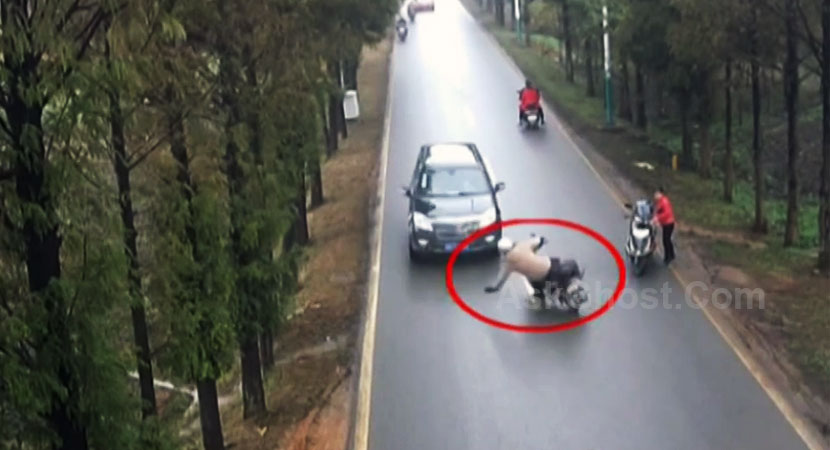 He is alive just because he was wearing the helmet. A shocking video have surfaced online, which clearly shows how a simple helmet can save your life even in very nasty accident situation.

Video is believed to be captured on last Tuesday in Wuhu, Anhui Province of China, Footage shows the scooter rider swerving after trying to avoid bystander female & her bike who was standing on the side of the road, but the man quickly loses control of his vehicle and smashes into the oncoming car, after which countless fragments can be seen flying along with the lucky guy.