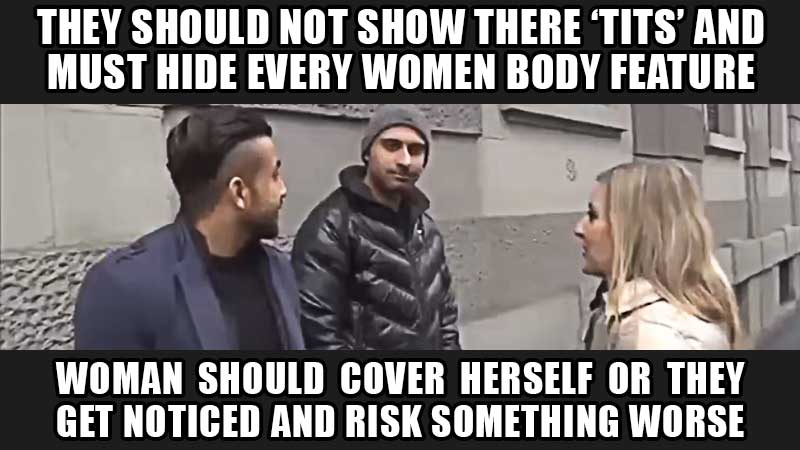 A woman recently did a social experiment in the European country where Italian Muslims explain how women should dress, it’s an eye opener as shocking things were said to the anchor.

If now clear that Islam urgently needs to address the issue and especially Muslim woman must demand the change/ reforms before it too late. Islam won’t be the first religion to rewrite the rule books, this has been done many time’s in countless religions throughout the course of history. It will ultimately help Islam.

We want to make it clear we’re not against any religion, but we hope that everyone/ every religious person should live peacefully together for a better society. Because we don’t know how much time is left for humanity as we’re approaching the stage where robots are getting ready to push us from the top to the second position in the evolutionary list.

One Reply to “SHOCKING! Italian Muslims Explain How Women Should Dress”