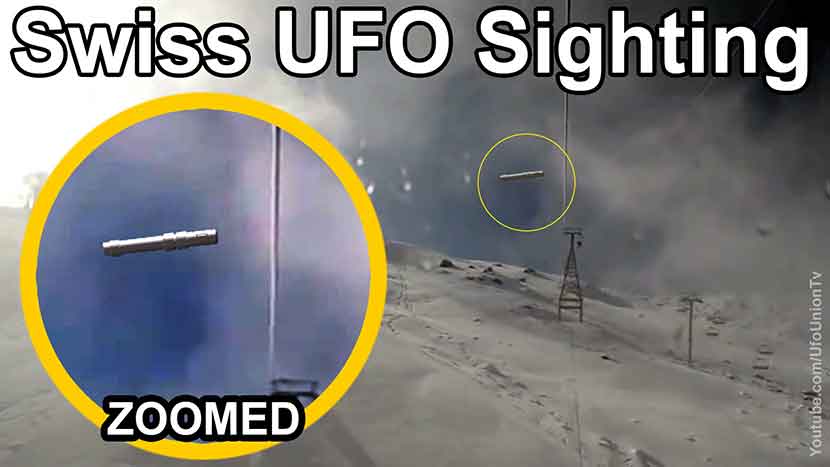 Shocking video of Cigar Shaped UFO was caught flying smoothly over the Monthfort, Switzerland Alps. Video which is making rounds among conspiracy theorist community on facebook and other social network sites is raising lot of questions about the motives of Aliens sitting in this UFO. Though I am a Ghost, but 10 neurons of my puny brain are enough to guess that this video was captured by a cable car rider who was enjoying the view of snow covered alps mountains, till the unexpected happened.

According to ufologists comments across web, this Ufo came out of secret alien base or this is secret military aircraft of European Union Military, which might be testing the advance tech before World War 3 breaks out.

Anyways I am going to leave it to you, as I am not qualified enough to tell, what the hell this thing is. So either you can bang your head on wall or try to use the full potential of your brain to debunk it.

“AMAZON” DEALS FOR YOU :